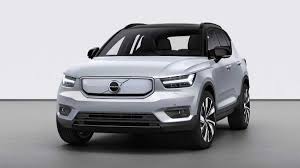 has become the latest car maker to announce the end of production of vehicles fuelled by fossil fuels. From 2030, no Volvo cars will be manufactured with a petrol or diesel engine on board.

The move is, in fact, incremental; the company has already announced the end of most electric and diesel production already. However, it is still a highly significant move.

Volvo is owned by the giant Zhejiang Geely group of China, and is a sign of a significant global shift to electrification even in emerging economies, with China leading the way in much of the technology.

Volvo also joins a growing pack of manufacturers with more or less commitment to electrification. Ford say they will only sell electric vehicles in Europe form 2030, Jaguar Land Rover say their Jaguar brand will be electric-only by 2026 (Land Rovers and Range Rovers by 2036); General Motors will join in by 2035, and the last VW model with a petrol or electric engine will be designed in 2026, pointing to the end in the early 2030s.

As token of their earnest intent, Volvo has unveiled a planned new model, the C40, a medium-sized purpose-hilt battery electric only SUV with attractive fastback styling and typical Volvo design cues. It joins the electric-focussed new Polestar range in Geely’s offering.

Other manufacturers, such as the Hyundai-Kia group and Stellantis, owners of Peugeot, are some way ahead of their rivals through. Volkswagen and Honda, for example, have only recently launched their first purpose-built electric models.

Much of the shift is of course driven by government regulation. Higher relative taxes on traditional internal combustion enshrined cars, for example, is encouraging consumers to consider the very capable range of electric cars coming onto the market. The ban on petrol and diesel cars sales in the coming decade or so throughout the world, with some cities imposing even stricter rules before national governments is also the crudest of incentives to change.

The UK has a target date for an end to new petrol, diesel or hybrid car sales in 2030 (with no new plug-in hybrids from 2035), though of course cars bought before that date will still be used for some years (though very likely taxed more punitively). In cities such as London a proliferation of low-traffic zones brought in during the pandemic is pushing cars of any kind of the streets.

Will customers welcome the news? Volvo Cars chief executive Hakan Samuelsson is confident that “the customer is always right, but I’m totally convinced there will be no customers who really want to stay with the petrol engine”.

Speaking to The Independent, Mr Samuelsson says he feels that car buyers will want to use their cars as they do their phones, charging them overnight. He suggests that more on-street charging points would make a big difference to those in flats and terraced houses with no easy way to charge their cars. He also believes that electric cars will be no more expensive than their petrol or diesel equivalents by 2025, which will also speed up consumer acceptance.

Volvo also aims to move all its car retail operations online, with fixed pricing, so it can get to know its buyers better. Dealers will still be for showrooms and servicing, though the money to be made from servicing electric cars will be much less. The next decade will be, in any case, “a bold transition period”.

The optimism surrounding (battery only) electric cars is palpable, and they have accounted for some 6.9 per cent of new cars sales so far in 2021, up from the 2.7 per cent achieved by this time last year. By contrast, the share of increasingly unpopular diesel models is down to 12.3 per cent. The trends are certainly encouraging, helped by government grants and a subsidy for a charging box, and Volvo and other firms show a willingness to transform their businesses. Whether they’ll be able to re-tool by 2030 remains to be seen.