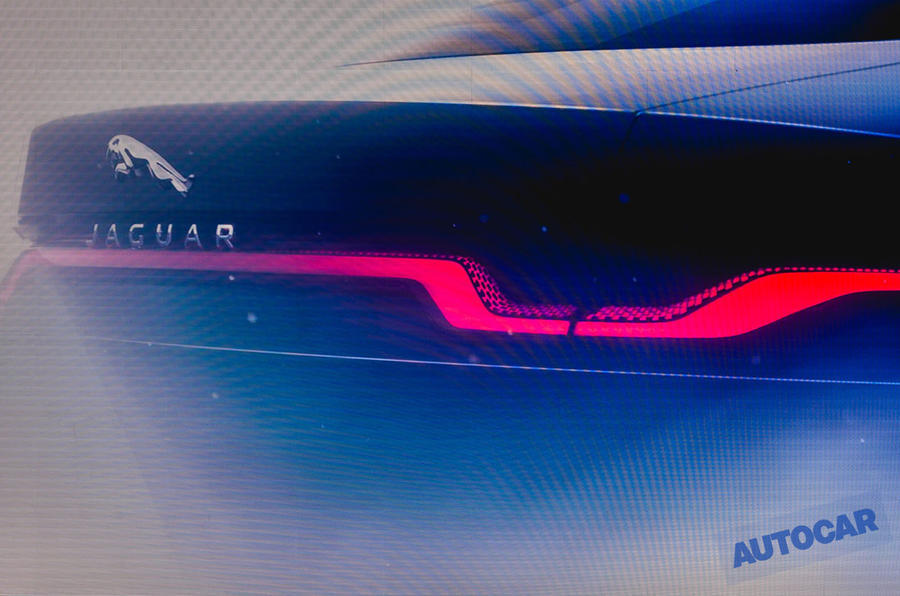 Jaguar will become an electric-only brand from 2025 onwards, as part of a bold new Reimagine strategy designed to revive the fortunes of Jaguar Land Rover (JLR).

New CEO Thierry Bolloré has set a target for the British firm, owned by the Indian Tata Motors group, to become a net-zero-carbon business by 2039, including a major shift to electrification. By the end of the decade, every Jaguar and Land Rover model will be offered with an electric-only version.

Bolloré said that there are currently no plans to close any manufacturing facilities.

All Jaguar and Land Rover models will be offered with an electric powertrain by the end of the decade, with Jaguar becoming an electric-only luxury brand from 2025 onwards.

Land Rover will launch six EV variants within the next five years, one of them the first all-electric Land Rover, due in 2024.

Bolloré said that the Reimagine plan was designed to emphasise “quality over volume”, with JLR aiming to become “the supplier of the most desirable vehicles for discerning customers”.

The two brands will be repositioned, with Jaguar becoming an electric-only firm and Land Rover retaining its off-road ethos but continuing its push upmarket. “Jaguar and Land Rover will have two clear unique personalities, rooted in their rich history to give two distinct choices for customers,” said Bolloré.

To support the electric transition, JLR will use three architectures: two dedicated to Land Rover and a new pure-BEV platform that will be exclusive to Jaguar, details of which will follow at a later data.

The firm says that the moving onto three platforms and consolidating the number of platforms and models produced per plant will help the firm to “establish new benchmark standards in efficient scale and quality for the luxury sector”.

It says that will be key to ensuring it can retain its UK and other worldwide plants (see below).

By the end of the decade, JLR is aiming for 100% of Jaguar sales and 60% of Land Rover sales to be fully electric. Bollore hinted that the future Jaguar Land Rover line-up would “feature a few less nameplates” as its focuses on its more popular models.

Bolloré also said the firm has committed to phasing out diesel powertrains by 2026 and is making a heavy investment in hydrogen fuel cell technology, with the firm’s first FCEV tech mules due to be running on public roads by the end of the year.

Jaguar presented the more pressing challenge for Bolloré, with sales dropping sharply in recent years due to its heavy reliance on saloons and diesel powertrains.

Bolloré said that the brand will undergo a “dramatic” transformation “to take a new luxurious position in the market to realise its unique potential not just for customers but the business as a whole”.

That will involve it becoming an electric-only firm with a focus on the high-end premium market – a plan that has been considered by JLR for some time, and could put the firm into competition with British brand Bentley, which has also committed to an electric-only future.

The switch is likely to involve a major repositioning of Jaguar, with future vehicles designed to attract future-thinking high-end customers. With the industry undergoing major changes due to electrification, such vehicles could take different forms from existing vehicles, and the use of a new bespoke architecture will assist in adopting a new philosophy.

Jaguar’s only electric car at the moment is the I-Pace SUV, but the firm had been working on a new electric-only XJ saloon that it has released teaser images of (below). However, Bolloré has confirmed that model has been scrapped, with now on developing the new architecture that will be used to underpin every new, EV-only model from 2025 onwards. Bolloré did suggest that the XJ name could be retained for a future new model, though.

The decision to scrap the planed XJ likely reflects a desire to dramatically reposition Jaguar, and gives future vehicles a clean sheet to start from in pursuit of new, more affluent customers.

Bollore hinted that the revamped Jaguar is also likely to move away from SUV-style vehicles, saying that “Land Rover would be the SUVs”, adding that the number of Jaguar SUVs competing for market share with Land Rover products was part of the reason for its brand shift. Ensuring that future Jaguar models are built on a separate platform from Land Rover machines is likely intended to help move the brands further apart.

Bollore also didn’t rule out the prospect of an electir Jaguar sports car, saying that “it was an important question, and we are looking at it carefully.”

Land Rover will continue to offer a range of powertrains, but with a heavy focus on electrification. That will include six pure electric variants in the next five years as part of the existing Range Rover, Discovery and Defender families.

The brand’s first EV will arrive in 2024. Bolloré didn’t offer any further details on what it would be, although again the timeline suggests that it won’t be the EV that had been planned as a ‘twin’ of the XJ.

Launching an electric version of every Land Rover model by 2030 will put the firm in a strong position to meet the UK’s 2030 ban on all but a limited number of non-zero-emissions vehicles. But continuing to offer combustion-engined versions for the foreseeable future will also ensure that the brand can continue to offer cars in markets where its products are popular but EV infrastructure is less developed.

JLR says that it has no plans to close any of its “core manufacturing facilities” and will retain “our plant and assembly facilities in the home UK market and around the world”.

It has also said that it won’t discontinue any current products and “do not plan to stop production” of any existing models.

The future of the Castle Bromwich site is less clear, with Bolloré saying: “First we will continue production of our existing nameplates built there to the end of their lifecycle. Then we will explore opportunities to refurbish the plant, which could benefit from the consolidation of businesses scattered across the Midlands.”

Bolloré highlighted JLR’s recent financial results as showing that the firm has a “strong foundation” to build from and suggested that the Reimagine plan will help to “right-size, repurpose and reorganise” it into a more agile operation.

That will involve the implementation of a flatter management structure and a reduction and rationalisation of “non-manufacturing infrastructure” in the UK. As part of that, JLR’s Gaydon facility will become the sole home of the company’s management team.

JLR said it will commit £2.5 billion annually into investment in electrification technology and connected services, including a continued investment in its Pivotal subscription model.

It will also work closely with its Tata Group parent firm on new technology. Bolloré highlighted that opportunity for collaboration as “a unique opportunity”, adding: “Others have to rely solely on external partnerships and compromise, but we have frictionless access that will allow us to lean forward with confidence and at speed.”

The aim is for JLR to achieve positive cashflow net of debt by 2025, with the ultimate target to become “one of the most profitably luxury manufacturers in the world”.